As we enter the 2020s, we thought it would be interesting to look back at the 1920s, otherwise known as the Roaring Twenties or the Jazz Age!

It’s always fascinating to look at the headlines of today through the prism of yesterday, and to note that in 100 years, so much has changed, but yet the issues occupying the headline writers remain remarkably similar. Read on whilst we take a tour of the 1920s and then focus on some of the trends we predict will emerge in this decade.

In America, the twenties were known for jazz, dancing, decadence, crime and prohibition – as portrayed in a myriad of classic films from Bonnie and Clyde to the Great Gatsby.

The nationwide ban on the production, import and sale of booze began in 1920 and lasted until 1933. To the horror of the temperance movement, the ban seemed to have little effect on the general loosening of morality, as bootlegging and speakeasies, often controlled by mythical gangsters and mafiosos provided ample scope, for those in the know, to flout the law and carry on indulging!

Meanwhile, without the dubious benefits of prohibition, the influence of 1920s US fashion and culture, soon made its way across the Atlantic. In the UK, writers such as PG Wodehouse poked fun at the antics of the upper classes in the heady days of the early twenties. 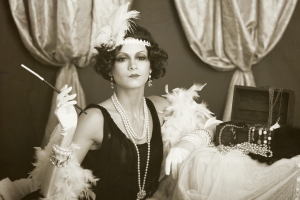 Women over 30 were allowed to vote after 1918, then in 1928 suffrage was extended to all women over the age of 21. A general emancipation of women led to massive changes in fashion and expressions of female independence.

Before the Great War, something called the Gibson Girl was the rage. A Gibson Girl had long hair tied loosely on top of her head and would wear a straight skirt and a shirt with a high collar. The Gibson style retained femininity and her outfit allowed her to participate in sports, including golf, roller skating, and bicycling.

However, in the 1920s Flappers emerged—young women who rejected the Victorian image of woman by dropping corsets, chopping their hair, reducing layers of clothing for ease of movement, wearing make-up and smoking! By confronting traditional values, Flappers created the template for “new” or “modern” woman.

The coming of the car

Many historians believe that the coming of the car was the most lasting legacy of the decade. There were approximately 300,000 motorised vehicles in Britain in 1920, and this had increased to 1,800,000 by 1929 as cars quickly drove other forms of transport from the roads.

Taking to the Air

The real story of air travel began before the 1920s, when the world’s first scheduled passenger route, between Tampa and St Petersburg, was set up in 1914. During the 1920s more and more airlines were established but flying on a 1920s aircraft was dramatically different from that of the modern-day. Passengers’ every whim was attended to including fine food and wine. However, flying was much less comfortable, with planes travelling at lower altitudes, creating more noise, turbulence and longer journey times.

The great British Seaside Holidays began its rise in popularity in the 1920s. The railway system was reorganised to target the classic seaside towns of Britain, beloved by generations of holidaymakers – such as Blackpool, Hastings and Scarborough.

In 1925 a new kind of pension was introduced based on contributions paid at work by employer and employee. It was paid from age 65 without a means-test. In 1921 the Education Act raised the school leaving age to 14. State primary education was free for all children and started at age 5.

So that was the 1920s – does any of that sound familiar? In many ways it seems incredible that so many trends, controversies and fashions that occupy us today were making themselves felt 100 years ago. Debates around gender equality, women’s pensions and equal opportunities still rage in the headlines and the fascination for fashion, started by the Flappers has become a worldwide obsession. 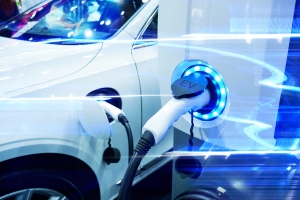 Just as the automobile was the defining technology of the 1920s, we predict that electric vehicles and self-driving cars are set to take over our streets in the 2020s.

In its infancy in the 1920s, and reserved for the upper echelons of society, air travel continues to be the most popular form of long-distance travel in the 2020s – and at a level of affordability that would have shocked the working classes of the 1920s.

In education, the school leaving age went up to 14 in the 1920s, whilst in the 2020s more people are going to university than ever before.

The contributory state pension which was introduced in 1925, and remarkably has remained unchanged in its basic principles ever since – however, pensions continue to hit the headlines, especially around the WASPIs.

The age of ‘unretirement’

The traditional model of a sudden and complete end to work and the transition to a lifestyle with less routine and a fixed retirement income will increasingly be challenged in the 2020s. Dubbed ‘unretirement’, the new way of retiring will involve a different balance of work, volunteering and activities, but crucially is likely to prolong working life.

Research from the ONS has shown that the number of people aged over 70 who are still working in the UK, has doubled to almost 500,000.

Unretirement has numerous benefits, not least of which is delaying the point at which you become fully dependant on your pension pot. It also helps to keep skills sharp and to maintain networks of colleagues built up over a long working life. 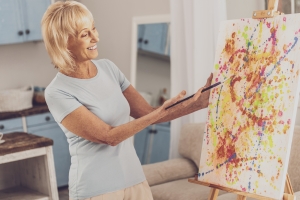 In essence ‘unretirement’ challenges the need to make a huge change to your lifestyle the day you retire, to be replaced by a gentler transition over time, involving options such as part-time work and volunteering, alongside an increase in leisure time, travel and hobbies.

If your savings are limited and keeping busy with a part-time job sounds attractive, “unretirement” may be one of the best financial decisions you can make.

The opportunity to travel will continue to be one of the most enjoyable rewards of retirement in the 2020s. Stats from the Office of National Statistics show individuals aged 65 and over have increased their spending on overseas travel by 37% in recent years, with a total of £6.2 billion being spent abroad by retirees in 2018.

The Association of British Travel in 2018 revealed that individual’s aged over 55 are the most likely to holiday alone, but they are frequently on group trips with like-minded friends.

Another trend revealed by the survey is that retirees are more likely to take longer trips than other age groups.

This makes the ‘lock up and leave’ security provided by parks such as Barton’s Seascapes Park in Somerset particularly attractive. Park home and holiday homeowners can go away confident that their property is safe and secure.

Whether you opt for a ‘full stop’ retirement or a gentler transition, one thing is for sure downsizing to a residential park is a great way to free up some equity and make every day feel like a holiday. Modern park homes offer incredibly stylish options and there are well run, beautifully maintained parks across the UK.