This month, we take a look at an emerging trend – the rewarding world of Citizen Science. It’s a perfect way to get involved in something new and get a huge sense of achievement.

Citizen Science is vital in helping observe and record the vast variety of natural and scientific events and phenomenon that unfold, in front of our eyes, every day. In many cases, no training or special knowledge is needed to get involved, but the joy and satisfaction of adding to our knowledge of the planet can be huge, so don’t be nervous – give it a go – it might be the hobby you have been looking for. But be careful it can be addictive! 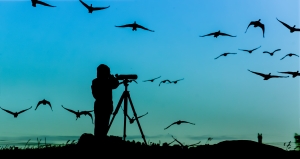 Shoresearch – where the sea meets the land

Featured on wildlifetrusts.org, Shoresearch is The Wildlife Trusts’ national citizen science survey of the intertidal shore, the exciting world of extremes where the sea meets the land. It’s a great reason to explore your local coast, learn more about the wildlife found there, and add to our understanding of this important habitat.

Volunteers are trained to identify and record the wildlife on shores across the UK. The data collected by this project helps experts to monitor our fragile sea life and better understand the effects of pollution, climate change and invasive alien species. 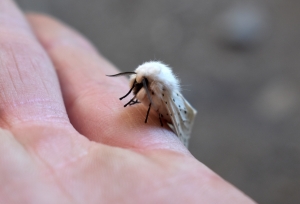 To many people, moths are mysterious and a little unnerving, but if you have a fascination with moths then Moth Night might be just your thing. Organised by Atropos, Butterfly Conservation and the Centre for Ecology & Hydrology, Moth Night is the annual celebration of moth recording throughout Britain and Ireland by moth recording enthusiasts, with local public events aimed at raising awareness of moths among the general public.

Atropos is the UK journal for butterfly, moth and dragonfly enthusiasts and they originally founded Moth Night in 1998. They have announced that the 20th Moth Night will take place between 26th and 28th September 2019.  The themes for the event will be moths called Clifden Nonpareil and Migrants, and it will be an opportunity to celebrate the 20th Moth Night since the launch of the event in 1998 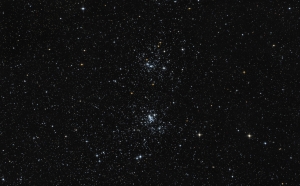 Globe at Night is an international citizen-science campaign to raise public awareness of the impact of light pollution by inviting citizen-scientists to measure and submit their night sky brightness observations. It’s easy to get involved – all you need is a computer or smartphone. Details can be found at globeatnight.org

The following constellations will be visible in Northern Hemisphere in the coming months and can be observed to record the effects of light pollution.

Cygnus the Swan is easy to find as it flies south along the path of the Milky Way. It is easiest to spot by looking straight up and looking for the three brightest stars forming what is known as the Summer Triangle. The bright star in the lower left of this triangle is Deneb, the tail of the swan. By using this star and looking in toward the centre of the triangle, you can spot Cygnus.

Pegasus, the winged horse ridden by Perseus to rescue Andromeda from the sea monster Cetus is easiest to find during Autumn. The easiest way to find Pegasus is to look overhead and find the great square of Pegasus found adjacent to the milky way. This great square is the body of Pegasus and the body and head extend outwards.

Perseus the slayer of Cetus is most easily seen rising in the East in the winter. The constellation is most easily identifiable as what almost appears to be a wishbone of brightest stars, with the brightest being the centre and chest of Perseus. The legs of Perseus are pointing southward and are the forked part of the wishbone and the body and head are the straight line leading up northward. It is easy to find Perseus by either looking southward from Cassiopeia or just to the left of Taurus the Bull.

On their website, Saga suggests several citizen science projects, but this one might appeal to park homeowners in coastal locations. Invasive species, both plants and animals, can be damaging for the fragile biodiversity of the country. People in coastal areas can watch out for the sweetly named but invasive mitten crab. The Non-Native Species Secretariat is the place to go for the list of current threats, which currently includes the Asian hornet, carpet sea squirt, quagga mussel, killer shrimps and water primrose.

The Botanical Society of the British Isles

The UK has the world’s largest and oldest collections of herbarium specimens held in trust by museums and universities, says The Botanical Society of the British Isles. “As a record of plant biodiversity this resource is unparalleled and could be vital for future studies of taxonomy, ecology, conservation and genetic biodiversity.

“Documenting large herbarium collections is an extremely labour-intensive task and most museum collections are woefully under-funded. Consequently, most of the specimens are undocumented and unavailable because adequate resources and time to properly record the collections have never been available. This is a terrible waste.

“With the support of thousands of other like-minded volunteers, we can realistically document the entire herbarium collections of even the largest institutions”. More information is available at bsbi.org/

For those with an academic leaning

A web site called zooniverse.org has a wide range of online citizen science projects including one which might give you the chance to add a new word to the Oxford English Dictionary.

Research projects include transcribing the works of Humphry Davy and even Shakespeare.

Sir Humphry Davy (1778-1829) was perhaps the most famous chemist of the nineteenth century. One project aims to transcribe five of Davy’s early notebooks, which show his experiments in both chemistry and poetry.

Containing details of his scientific experiments, poetry, geological observations, travel accounts, and personal philosophy, many of the pages of these notebooks have never been transcribed before. By transcribing these notebooks, we will find out more about the young Davy, his life, and the cultures and networks of which he was part.

Shakespeare’s World is a collaboration between the Folger Shakespeare Library in Washington, D.C., Zooniverse.org at Oxford University, and the Oxford English Dictionary of Oxford University Press. In this project, volunteers are invited to transcribe manuscripts created by thousands of men and women in and around Shakespeare’s lifetime, 1564–1616. What was it like to live, work, or raise a family in early modern England? What did people eat, what did they wear, and what issues worried them? What were the hot topics of gossip? What did they do for fun? What did they read and how did they travel?

As volunteers transcribe they may come across words and word variants that have not yet been recorded in the Oxford English Dictionary. 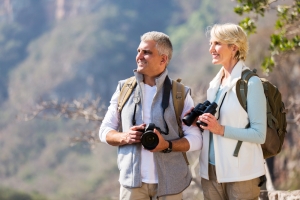 Many birdwatchers and householders already keep simple records of the birds that they see using their gardens throughout the year. The collection of such information is incredibly useful and, if carried out in a systematic manner, these weekly observations of birds (and other garden wildlife) can prove very valuable for researchers.

The British Trust for Ornithology Garden BirdWatch enables you to collect this information in a standardised way alongside similar information from many thousands of other garden birdwatchers. In effect, you are a ‘citizen scientist’ working in partnership with BTO researchers, to answer important questions about how, why, and when birds use gardens and the resources they contain. Garden BirdWatch is funded by a subscription fee of £17 a year, which covers the cost of the scheme and the member’s magazine Bird Table.

The big butterfly count is a nationwide survey aimed at helping us assess the health of our environment. According to their website, bigbutterflycount.org, it was launched in 2010 and has rapidly become the world’s biggest survey of butterflies. Over 100,000 people took part in 2018, submitting 97,133 counts of butterflies and day-flying moths from across the UK. Big butterfly count 2019 will take place from Friday 19 July – Sunday 11 August.

Butterflies react very quickly to change in their environment which makes them excellent biodiversity indicators. Butterfly declines are an early warning for other wildlife losses.

That’s why counting butterflies can be described as taking the pulse of nature.

The count will also assist us in identifying trends in species that will help us plan how to protect butterflies from extinction, as well as understand the effect of climate change on wildlife. For more information visit the bigbutterflycount.org.

Citizen science is tailormade for retired and semi-retired people – those of us who are lucky enough to have time on their hands and open, enquiring minds. Why not get involved, engage your inner Brian Cox, and make your own contribution to the understanding of science!