After its unveiling at the Caravan and Motorhome Show in January, the Lissett Oasis, a unique and prestigious new home, has been sited on Willowgrove Leisure Park and Fishery, in Lancashire. 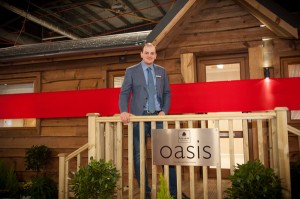 The luxurious 40ft x 20ft lodge was built exclusively for Barton Park Homes by leading manufacturers Lissett. This one-of-a-kind home was named the Oasis as it was destined for a sought-after lakeside plot on Willowgrove since its inception.

We have worked with Lissett Homes for many years, offering their range of quality-built and elegant homes on our eight parks across the country.

The home was one of the star attractions of the show as visitors were welcomed to sample the space and luxury of the Oasis after its official unveiling by Managing Director Charlie Barton Jnr and Willowgrove Office Manager Glenda Miziura.

Inside the distinctive and specially treated solid wood exterior, visitors found state of the art fittings, finishes and appliances that distinguished the Oasis as the most prestigious home at the show.

“This is a striking and luxurious home, built to exceptional standards by one of the UK’s most respected park home builders. It attracted a lot of attention at the show in January where a number of potential buyers expressed a high level of interest in purchasing the lodge in its new setting on[p2p type=”slug” value=”willowgrove-park-homes-in-lancashire”]Willowgrove[/p2p]” said Charlie Barton Jnr.

As well as being close to the picturesque seaside village of Knott-End-on-Sea, Willowgrove boasts a fully-stocked CEFAS registered fishing lake, nature reserve, and soon to be completed bowling green and pavilion. 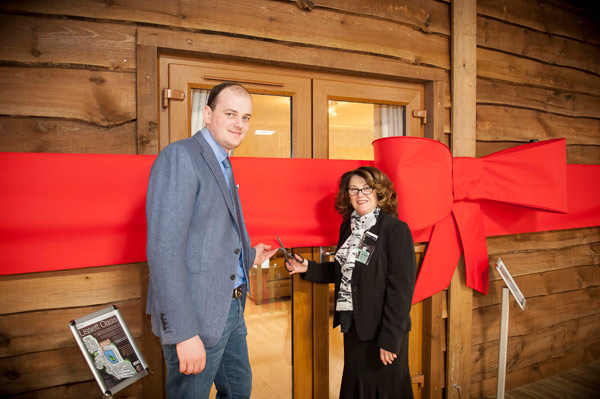